On March 31, 2022, gross debt reached R$ 7,806.8 million, an increase of R$ 447.2 million (6.1%) from the balance on December 31, 2021, mainly due to: (i) release of R$ 227.0 million in March 2022 after a new loan agreement with the Brazilian Economic and Social Development ("BNDES"); and (ii) the inclusion of leasing operations in the Company's debt following ANEEL’s adoption of CPC 6 in its electricity sector accounting manual, which came into effect in January 2022. The increase in debt is also due to the adjustment of the balances based on macroeconomic indicators to which a bulk of the Company's liabilities are indexed, mainly IPCA and DI.

The 12.3% increase in cash and cash equivalents of ISA CTEEP and 100% subsidiaries in 1Q22 reflects the disbursement of the new contract signed with BNDES and the cash generation of operating subsidiaries.

The company duly complies with the covenants and requirements for all of its issues. For 2022, the most restrictive Net Debt/EBITDA ratio is 3.5x, for the 5th issue of debentures. 0} According to criteria for calculating the indicator for this issue, the indicator is 2.75x in 1Q22. 0} Details on financial indicators and their calculation criteria are available in Attachment VII.

3 Ratio between (i) Average nominal cost; and (ii) IPCA in the last 12 months. 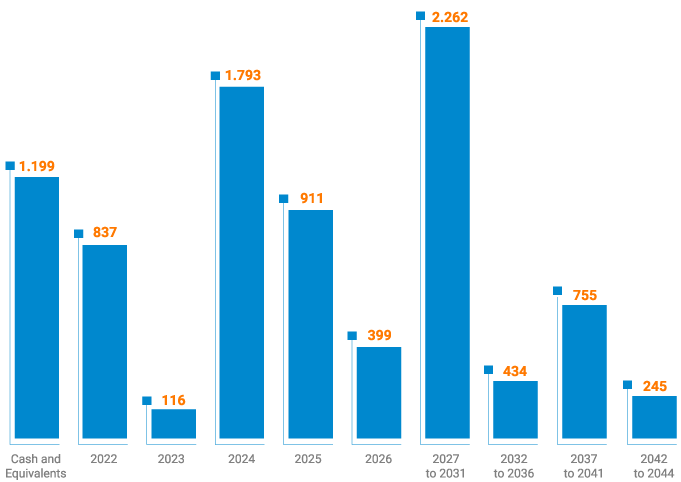 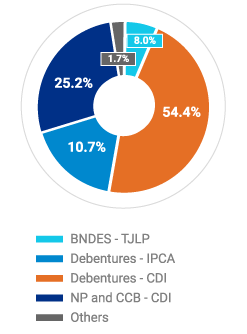